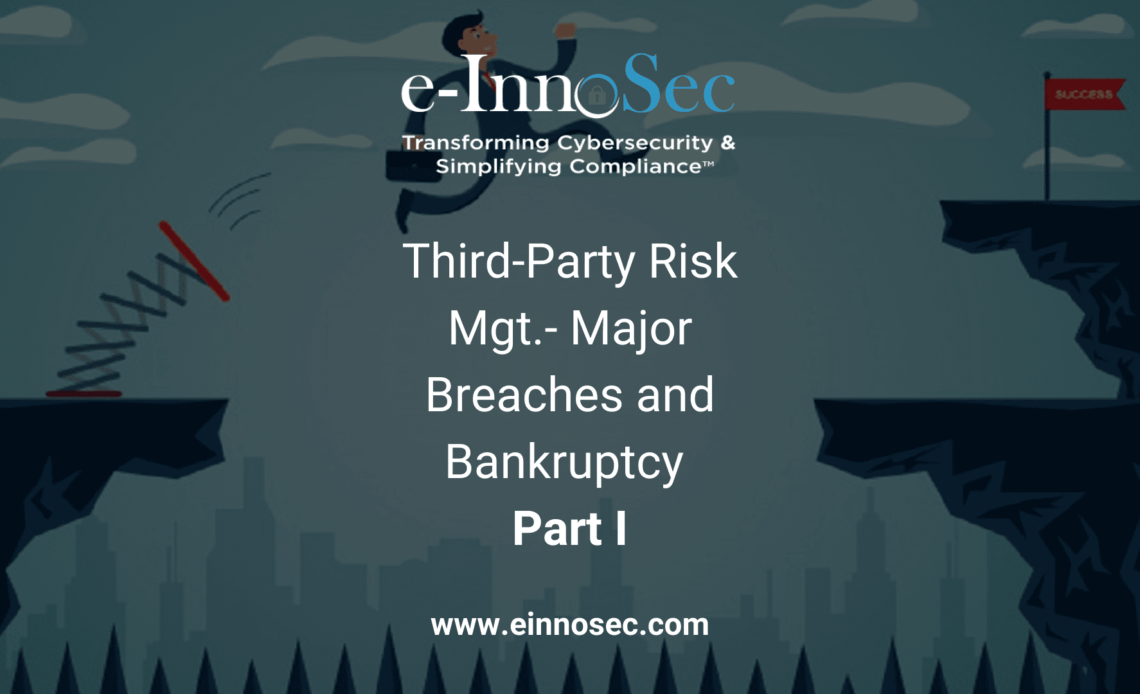 According to the Opus and Ponemon 2018 report, 59 percent of companies said they have experienced a data breach caused by one of their vendors or third parties. In the U.S., that percentage is higher at 61 percent. Also noted that many breaches go undetected: 22 percent of respondents admitted they didn’t know if they’d had a third-party risk management data breach in the past 12 months. A third-party breach costs, on average, twice what a normal breach costs.

The vendor risk management series provides insight into vendor management program that considers IT Security Risk and Privacy Risk in addition to traditional Compliance, Operational, Strategic, Geography, and Financial risks. The series covers the following topics at a high level to provide sufficient knowledge for professionals to design the program that commensurates with the size, nature, and objectives of the organization. It explores the topics below:

The target area for the hackers is third parties and the focus is on Personally Identifiable Information (PII). The hacker’s new strategy is in the form of targeting vendors instead of going after a large company. They collect more data by attacking a vendor who works with multiple large companies. Below are the examples of major breaches reported in 2019:

As a result of the breach, AMCA’s lost four largest clients include Conduent and CareCentrix, and numerous class action suits were filed, and the company faced enormous penalties for noncompliance with HIPAA lead to bankruptcy.

In addition to the misconfiguration of the server’s security settings, according to The Washington Post, the database allegedly did not have a password, meaning that anyone could have accessed the sensitive information.

Part II of the series will cover the vendor categorization, alignment, and governance.

By e-InnoSec
2 Mins read
Is Zero Trust a model for effective and efficient security? We are adding a third blog post in the series of Prevention, Detection, and Recovery…
RISK & COMPLIANCE

Everything You Need to Know About DoD CMMC - CMMC Introduction

By e-InnoSec
2 Mins read
In March 2020, Visser Precision Manufacturing confirmed it was “the recent target of a criminal cybersecurity incident, including access to or theft of data.” Visser…
RISK & COMPLIANCE

Everything You Need to Know About DoD CMMC - CMMC Background

By e-InnoSec
2 Mins read
In March 2020, Visser Precision Manufacturing confirmed it was “the recent target of a criminal cybersecurity incident, including access to or theft of data.” Visser…