Prevention, Detection and Recovery from Cyberattacks 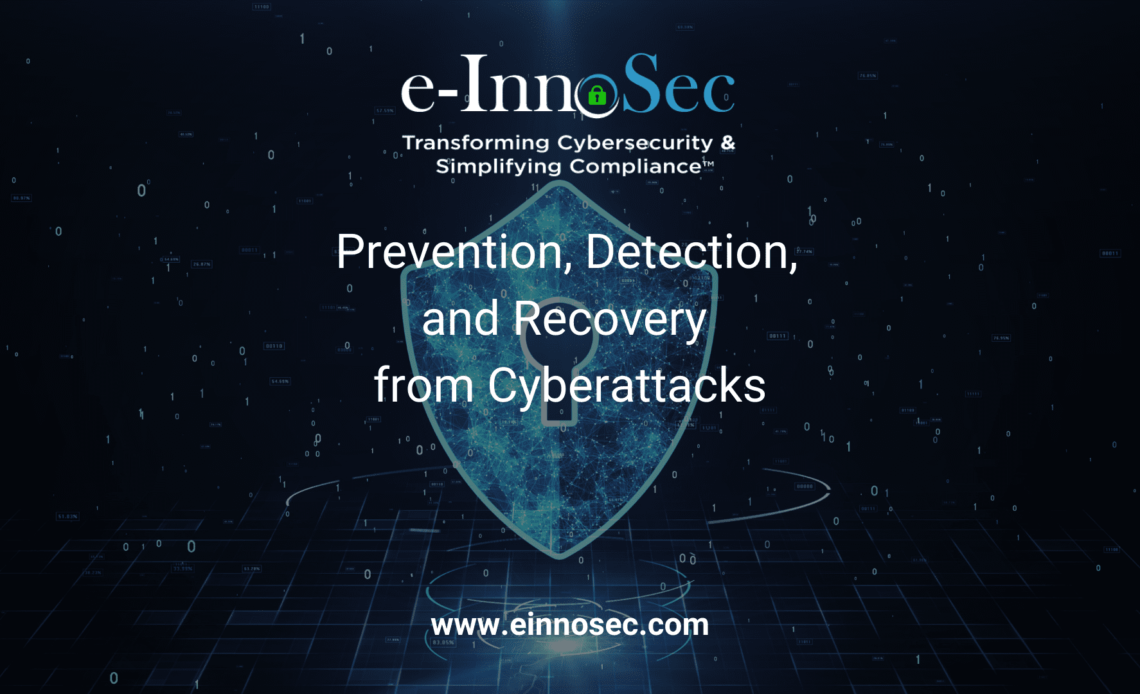 This is a sixth blog post in the series of Prevention, Detection, and Recovery from Cyberattacks.

The global survey conducted by Ponemon Institute and sponsored by IBM Security surveyed 3400 IT and IT security practitioners about their organizations’ approach to becoming resilient to security threats. The report noted that the vast majority of organizations surveyed (74%) are still reporting that their plans are either ad-hoc, applied inconsistently, or that they have no plans at all. Additionally, more than half (52%) of those with security response plans said they have never reviewed or have no set time period for reviewing or testing those plans

With business operations changing rapidly due to an increasingly remote workforce, and new attack techniques constantly being introduced, this data suggests that surveyed businesses may be relying on outdated response plans which do not reflect the current threat and business landscape.

The careful investigation of cyberattacks shows that cyberattacks can be very damaging. We have noted below a few points that will assist the organization to determine the threat actor.

Since 2010 the world has seen a significant increase in cyber-attacks across the globe. To effectively tackle these issues requires an understanding of the actors, their level of sophistication, and their determination. The figure below from the Deloitte article “Responding to cyber threats in the new reality” is a graphical illustration of Threat Actors and Attacker Determination. The figure explains the changing landscape.

In response to the relentless threats, the industry has realized that they need to change the way they prepare, defend against, and recover from cyber-attacks.

The cyber-attacks can come from a variety of places and in a variety of forms. Some types of threats are more invasive than others, but they can all be equally jarring for a business left unprepared. A few of the typical attackers and sources of cybersecurity threats include:

While the above attackers target the company from outside, another considerable threat that businesses face is inside attacks, often perpetrated by a disgruntled employee or contract worker who has been trusted with network access.

Visit www.einnosec.com to know more about our GRC, Audit, and Information Security practice.

By e-InnoSec
2 Mins read
Is Zero Trust a model for effective and efficient security? We are adding a third blog post in the series of Prevention, Detection, and Recovery…
BREACH MGTCYBERSECURITY

By e-InnoSec
2 Mins read
The second blog post in the series of Prevention, Detection, and Recovery from Cyberattacks. The global survey conducted by Ponemon Institute and sponsored by IBM…
BREACH MGTCYBERSECURITY

Prevention, Detection, and Recovery from Cyberattacks- Part I

By e-InnoSec
3 Mins read
During the team discussion about next-gen tools and techniques for prevention, detection, and recovery from cyberattacks, we started looking at some of the common mistakes…